Man, I don't know whether to reccomend this game to people or not. It is by far the best game I've ever played. It is also something that becomes horrific sorrow and just makes life seem just awful. 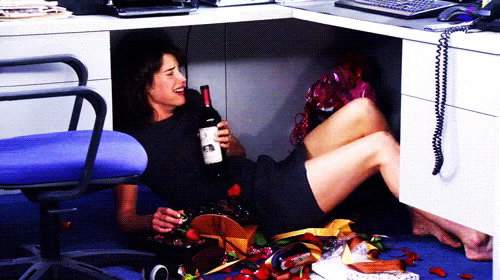 That's pretty much how it made Rome Girl and I feel.

The game is amazing. Everything ends up making sense. The way the charaters interact is very real. Nothing seems forced. It is a nearly perfect narrative.

If I had a teenage daugther I'd want her to play it and I'd want to play it with her and talk to her about it.

But it's just so fucking sad. There was a point about three quarters through the episode when I realized that while my choices would allow different endings all of the possible endings were going to tear my soul apart.

The ending I ended up with did.

Rome Girl has spent the last half hour going through Twitter and says she's seen dozens of hard core male gamers say they've never cried after playing a game before but have no problem admitting they did with this one.

Should you play it?

I don't know. Is playing the best game ever created worth feeling like the world has no meaning and that joy is something nobody can afford?

That's a choice you have to make.

I suspect that it will win every Game Of The Year award and I'm glad I played it.

But, man, shit is fucked up.

There is a scene in the final chapter of Life Is Strange I can discuss without giving spoilers, becuase it's not particularly plot related, and has gotten some debate.

The point of the game, overall, is just how much it sucks to be a teenage girl in a patriarchal society, and there have been some explicit examples of that before. But then this scene happened and while some people love it because it's really upsetting, some people think is going too far.

I'm on the fence. The game wants to show just how awful rape culture is and it accomplishes that, but I do wonder if there is a point where it's so over the top that it's triggering rather than educating.

A girl is suddenly surrounded by visions of every male in her life. One by one each vision verbally abusers her. The abuse ranges from weight shaming to slut shaming to bi shaming to prude shaming. A father figure in her life tells her that he's been wanting to fuck her since she got tits at age 12. A trusted teacher tells her that he'll teach her how to give good  head, then kill  her, dig up her body and make her give "great dead head." The boy she has a crush on who has always acted  nice towards her starts screaming at her that he only talks to her because he wants to tit fuck her. On and on this goes for about 10 minutes getting worse and worse.

I get the point. Young women get really creepy messages from men all the time and are always wondering even if the nicest guys are going to turn on them.

That said, as a cis male it freaked me the fuck out. I can't imagine what it must feel like for a woman to play that segment.

Then I wonder if maybe it might be easier for a woman because that's life as she has to deal with it every day anyway.