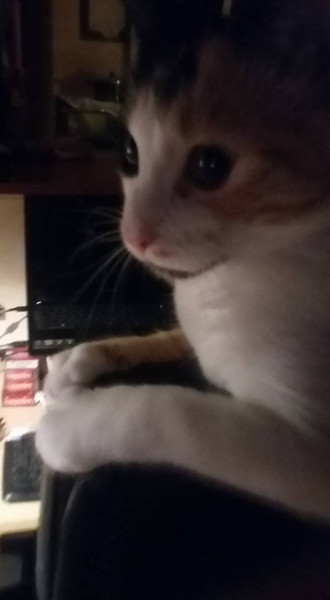 So, tonight I ended  up drinking with Rome Girl and a bunch of our friends at one of our local bars.  A couple hours in I try to go to the bathroom and this random guy slaps my stomach and says "are you pregnant?" (in French.)

I say "Fuck you." in French, English, Spanish and Italian just to make sure he'll understand.

At that point one of the barmaids asks me to go out before things become a fight.

Fair enough. So I end up talking to friends and saying how weird this was and they are all asking who did it - and I had no idea because it was so quick and the barmaid hussled me out with a shot so quickly. And one of my friends offers to go in and find the guy and beat the shit out of him.

Anyway, five minutes later a guy at the table next to us is like "yeah, I'm the guy who said you look like a fat pregnant bitch what are you going to do about it?"

Then I jump up screaming "I will fucking kill you" -  and go straight at his throat because that's how you win. I miss because  five of my friends hold me back.

It never came to blows because other people held him back as well, but man was it a weird scene.
Collapse