Rome Girl and I were really tired the last  couple days after having one of her friends visit for a week, so we decided to do TV time instead of going out time. We stumbled upon How To Get Away With Murder - and man is the show fun.

The first episode sets everything up wonderfully. A law professor/defense attorney picks several of her first year students to be her interns every year. After she picks them this year  it flash forwards to several months later and we see those interns dragging a body into the woods and set it on fire.

The premise of the nine episodes so far is "how did things get from Point A. to Point B?"

Along the way we get to know these charcters very well. None of them are heroes they are all very fucked up and you could imagine any of the cast members being a murderer.  And, every episode gives you a few more clues - by showing you more of the before and after.

When you get to Episode 9 all the clues fit together in a very logical way but also manage to give you a good cliff hanger.

To keep you sucked in when they are not throwing clues out there the show also has a secondary story - with the defense attorney and her interns trying to defend a young woman who seems at first like she's probably very guilty of a nasty murder, but probably isn't.

All in all it's great fun - and very, very sexy.

▪ "Florida is not safe. Biological weapons on the way. U have to leave with kids and meet me in Atlanta."

▪ "I'm coming to get you Satan and children. No mercy. You know how this ends. God created you and now God is ending you."

▪ "Wells Fargo working out my account problems. I'm out of gas. Haven't eaten all day. I'm asking if they can spot me $1,000 so I don't fall over from malnutrition."

▪ "I wouldn't doubt it if the CIA is behind Alcoholics Anonymous."

I forgot to tell Rome Girl that my dad was sending me some aboriginal art from the estate of his best friend who passed away recently.

So, this morning while I was out a giant package arrived with no note or return address. She opened it up and found these inside and having no context thought "This is how a horror movie begins  -  with the unexplained package of cursed objects turning up at your door." 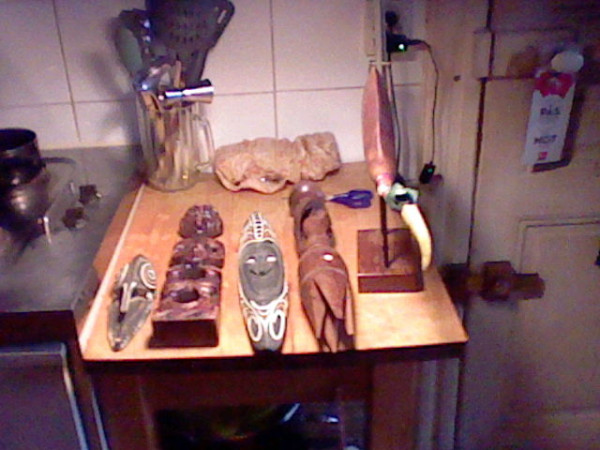 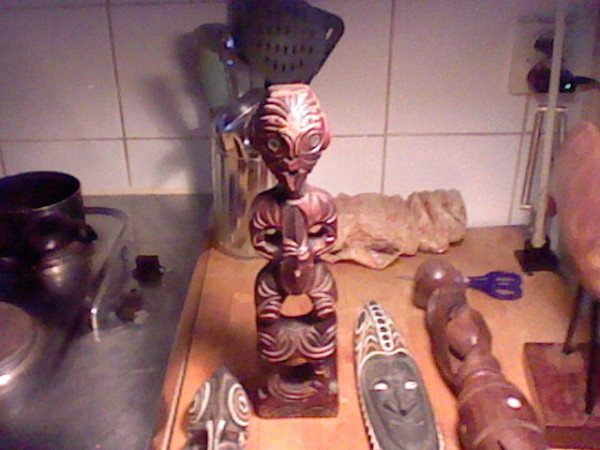