Between not go crazy meds and back problems I'm grown quite a belly over the last five or six years. The worst was that for the last two years I really couldn't do much exercise because my doctor was waiting for my back to get somewhat healed and didn't want me fucking with it.

But back in  June he gave me the OK to do some swimming at the beach and to do a bunch of walking. Over that time I've built myself up to walking 10,000 steps twice a week and 20,000 steps one day a week. And during the summer I swam three times a week at the beach. I lost some weight (From a 48 to a 44) but obviously was worried about gaining that back now that summer is over and beach swimming was off the table.

The solution seemed simple. There is a municipal olympic sized swimming pool about a mile and a half from my place. So I could get a ton of my steps in plus swim! Victory!

Of course nothing in France is really ever simple. Getting to the building was fine - but even though the building itself is on the main drag the entrance for some reason is three side streets over. Then I had to find the desk - not as easy as you woudl think. And the price for 10 entries ended up being 38 euros instead of the 25 advertised on their website.

Once I managed to pay I then had to walk through a maze with no directional signs and ask several people before I could find the locker room. Once there figuring out how the coin operated lockers worked was another challenge (the money slot was inside the door not outside.) Finding the pool required navigating another maze before I finally got there.

My plan had been to do 10 lenghts to start. Wow, was that optimistic. I sort of screwed myself by sprinting the first lenght. By the end it felt like my heart was going to explode. But, fuck it, I wasn't going to leave after one length. So, I managed to do two more lenghts - this time at a sane speed. I thought about going for four but at that point was worried about drowing. Pool water is nowhere near as bouyant as the ocean.

Got out, showered and walked home - feeling high as a kite. For that reason I assume my three lengths held some exercise value - and I'm heading back today to see if I can do four.

I think the new California regulation making shoplifting a misdemeanor should be called "Lohan's Law." 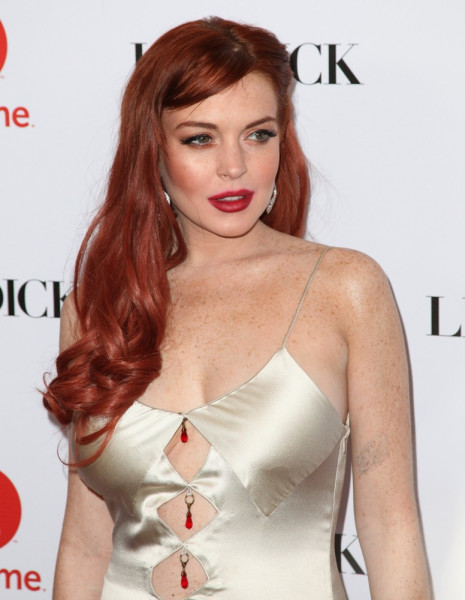