I understand why HBO signed on to a series based on the MaddAddam Trilogy. They think they are going to get a new Game of Thrones. And why wouldn't they think that. In MaddAddam we get:

Tons of female nudity (much of Book 2 and Book 3 take place in a strip club so vile Littlefinger would be scared to  hang out there.)

A whole bunch of violence.

On the surface it can be sold as much the same formula that they are already winning with.

The problem is going to be that all of these things happen in a completely different context and with a different meaning than in Game Of Thrones.

The MaddAddam Trilogy is a deeply feminist work. The theme is that all of us - men, women, gay people, straight people, whatever - are all a part of the patriarchy and therefore we all deserve to die.

And, in the end, it's unbelievably sad. Imagine if you started off Game of Thrones knowing Tyrion was going to die horribly. That's the experience it's going to give viewers.

Beyond that, many people find Game of Thrones hard to follow. MaddAddam is much, much  more difficult. It has very little in terms liniar plot progression and keeps going into flashback. More often something happens on page 107 that makes no sense at all until you get to a flashback 300 pages later. How do you put that onto the screen.

Don't get me wrong, I'm very happy it's going to be a series. I just don't think HBO  has any idea what it's gotten itself into - and I'm not sure that the show won't piss off nearly every demographic possible.

Still, that won't stop me from trying to do a little bit of fantasy casting:

Going to this concert tomorrow night! 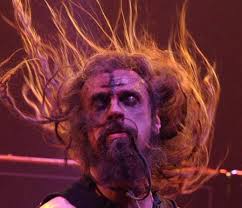