Three years ago I saw Jello Biafra in concert and it was super cool. But, it lasted about an hour before the cops shut it down, It was in a parking lot of a bar and had horrible sound quality and Jello didn't talk much and just played some greatest hits.

So, that is what I was expecting when I saw him tonight. What I didn't expect was one of the greatest shows I've ever seen.

It went on for nearly two hours and it was two hours of complete and total anger coming from the stage. In the past Jello has either done spoken word shows or straight rock shows. Tonight he alternated between the two - and that made all the difference. Him ranting about how awful he thinks the world is and the punctuating that with really hard core punk is beautiful in how ugly he can make it. It was hatred as art.

I've never before seen someone make as legitimate a case for "I think the world is fucked up" as he did. And he took no prisoners. He talked about the French President. He called Obama a "limp dick", he gave Vlad Putin shit. Hell, he even yelled at the audience.

At one point some dude climbed on stage. That had happened before and security took them off. This dude, however, lay down on the stage in front of Jello. So, Jello kicked him in the kidneys while screaming "Do you think these people bought tickets to see you on the stage motherfucker!"

Later someone threw a shoe at Jello and he barked out "Why is it always one shoe? Can't you fucking have the balls to throw both shoes at me?"

The entire show felt like he was one minor provocation away from going into the audience and killing someone. And I mean that in a  good way.  By the time he played "Kill The Poor" for the encore he could have lead a revolution.

The show was everything I've ever wanted from a concert. You always read about  how rock and roll used to be challenging and scary. This is the first time I saw that really happening. Man, that makes me happy.

We ended up accidentally being in the front row, which was cool. For the first time ever at a show I bought two shirts instead of one because I couldn't choose which one I liked best.

One says "White People And The Damage Done" on the front and "Fuck Austerity" on the back.

The other has a  picture of a military drone and reads "Democracy - We Deliver." 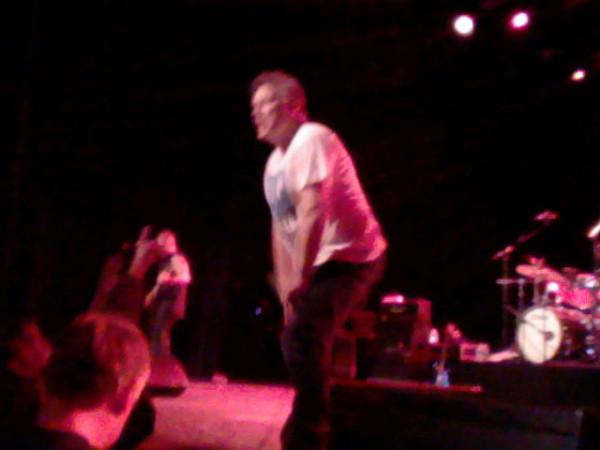 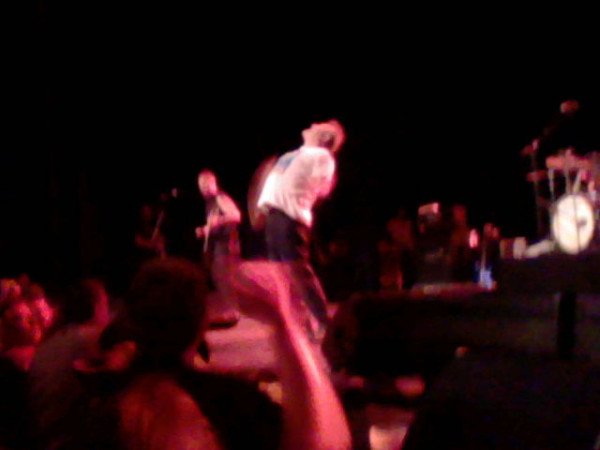 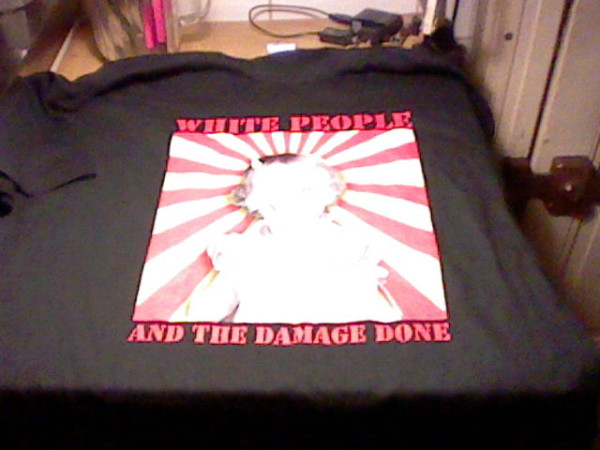 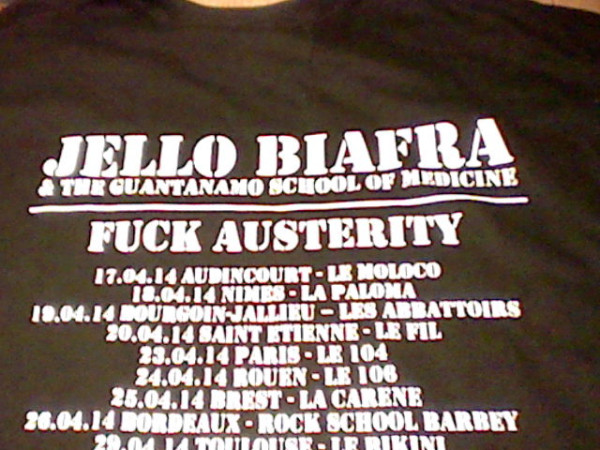 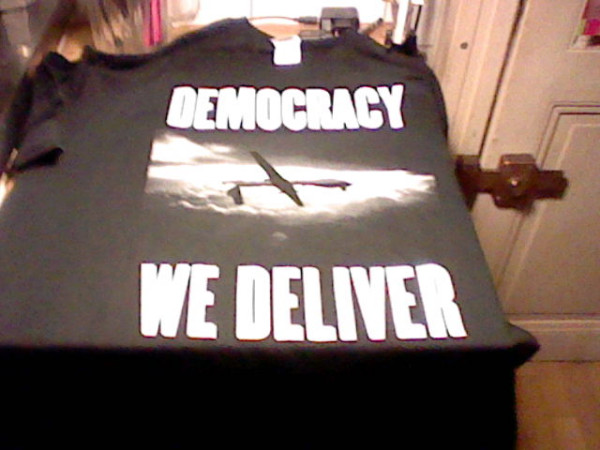