Can we just talk about what an awesome "fuck you" to the old men of the Rock And Roll Hall Of Fame and the patriarchy in general Dave Grohl orchestrated last night.

Here he had the biggest, loudest bands of a generation on stage, and while he could choose any lead singers he wanted to he picked four women - Joan Jett, Kim Gordon, Lorde and Annie Clark.

For an industry that has, in general, only looked at women as potential silly pop stars and never taken female rockers seriously this was a really big and important message.

The women rocked just as hard as any dudes could have and all of them knocked it out of the park.

Special props to Joan Jett who has never been inducted into the Hall - even though she's been eligible for years - for belting out Smells Like Teen Spirit.

I hope a million young women watched those performances and start thinking about picking up a guitar and blasting it through the roof.

This is the kind of thing that has to happen more often. 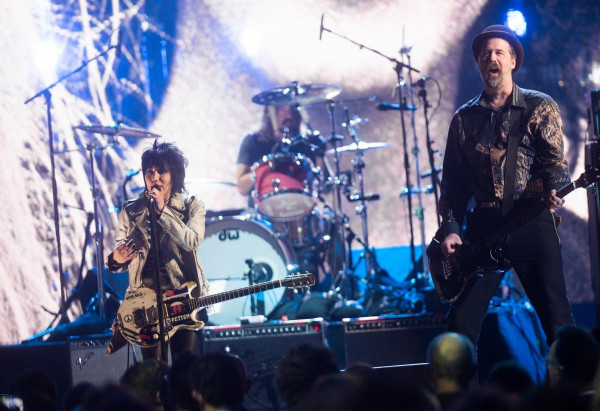