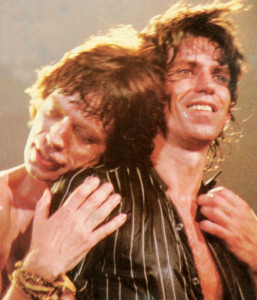 According to Amazon tracking I should be getting Final Fantasy XIII: Lightning Returns tomorrow - (how the fuck do they number these things - this is the third Final Fantasy game to be numbered "XIII".)

I'm terrified of it - because from what I can tell it's going to completely destroy the basic strategy I've developed for Final Fantasy games over the past 20 years.

That strategy is to do every side quest possible and to grind for hours before any boss so that I'm overwhelmingly powerful enough that my basic lack of skill at video games doesn't hurt me. I just grind for days at a time and become much more leveled up than the game expects me to be.

But, this game will fuck with that. The deal is that you get 72 hours of game time from the time you start - with a running clock in the corner of the screen. As soon as the 72 hours is up, you die and lose all your progress no matter how close you are to killing the Big Bad.

This will be particularly fucking with me because I can't read maps, so I end up spending much more time navigating dungeons and mazes than most people do.

Which means that every time I take a wrong turn in a maze, it's going to be that much extra time spent that I could have been grinding. And, every hour I spend grinding is going to be an hour I could have spent figuring out the maze. And, how the fuck will I know which side quests to devote those precious hours to and which ones not to?

All of this means I'm going to have to be making up my game approach  from scratch on Day One, creating tons of save points and just hoping I'm making the right decisions.

Part of me is looking forward to this - part is dreading it.

(For comparison purposes it took me 92:37 in game time to get to the point where I killed the Big Bad in Final Fantasy XIII-2.)
Collapse