Those of you who follow Twitter will know that recently I managed to put my foot in my mouth and halfway down my throat. A good many people came away from my tweet about the Woody Allen controversy with the idea that I had called Dylan Farrow or Mia Farrow (or both) a bitch. That wasn’t my intention, but the conclusion on the part of some readers is understandable. I used the wrong word to describe not Ms. Farrow—either Ms. Farrow—but a sad and painful mess. Some people seem to believe that writers never use the wrong word, but any editor can tell you that’s not true.

Those of you who have read my work—Carrie, Dolores Claiborne, Rose Madder, and Lisey’s Story, to name four—will know that I have plenty of respect for women, and care about the problems and life-situations they face. My single-mom mother faced plenty, believe me. And I have no sympathy whatever for those who abuse children. I wrote about such abuse—and its ultimate cost to the victim—in Gerald’s Game.

The maximum number of letters in a Tweet is 140. I think the following would fit: I apologize for screwing up.

Just know my heart is where it’s always been: in the right place.

In 10 days the nominating process begins.... 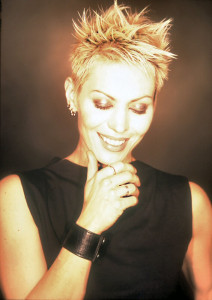 Why the fuck is this movie up for an Oscar?

OK. There probably is a good movie that could be made about a dude falling in love with an AI operating system - but this isn't it.

The problem isn't what people thought it would be - that the dude would be objectifying women.

The problem is that the OS is a combination of every single thing dudes complain about women about. She's clingy, she's possessive, she over analyzes everything you say, she gets moody and angry at the drop of a hat and then she dumps you saying "it's not you, it's me."

She is like a caricature of everything you've ever heard a "nice guy" say when he's being bitchy about women.