I know a dude who is probably going to move in with his girlfriend in a few months. He realizes it's a big step so he was asking some older and more experienced guys for advice.

We asked him what his concerns were and he said, "Like what if we break up six months later and we've like bought a refrigerator together. What happens to the fridge. How do you deal with that?"

Of course, we laughed. But, he does have a point. People can be weird about stuff - even stuff that really doesn't matter.

"Let her keep the fridge, just make sure you get the television," was our sage, experienced advice.

His other question was what to do when he just wants some alone time and doesn't want her around - even though he loves her.

We assured him that she'll feel the same way sometimes - and that you can generally work that shit out.

For example Rome Girl and I are very individual people in our relationship. If we were around each other 24/7 we'd go crazy.

So, every night I head out to the Vert Anglais for about an hour and a half. I read the newspaper, have a martini and a couple of beers and gossip with my friends. Then I come home for dinner and snuggles on the couch.

On Wednesdays and Fridays Rome Girl goes out with her friends. While she only does this twice a week, she stays out much longer (generally until bar closing) than I do on my nightly excursions, so it all balances out.

Anyway, my point to all this is that we all have our own neurosis about living with our partners and we all deal with it in different ways

Here are my questions:

1. Before you move in with a partner what are the irrational things that you worry about?

2. How do you deal with living with someone and being a couple but still keeping your individuality and having enough time for yourself?

spqr_ragazza is looking to bulk up her friend's list.

She's not only cute, sexy and nice - but she gives great travel advice.

Today she has an interesting item on how seeing a shrink helps her live with me.

Anyway, add her as a friend! She'd love to read your journals. And if you send her a note when you add her she'll add you right back.

Today I'm writing a sales letter for a book that will teach you how to plan the perfect wedding without going crazy.

My problem is that part of me thinks that girls want to go insane while planning your wedding. Like, I think that a lot of women would feel disappointed if they didn't get to bitch and moan and complain about what a pain in the ass it is to organize a wedding.

I also think that weddings would be more fun for everyone involved if guys organized them.

Hell we could have the bachelor party and the reception at the same Vegas strip club and get some of the bridesmaids to pole dance. Then order some pizza and get the DJ to play "Celebration" just for the sake of tradition.

Plus, we'd pick out better outfits for the bridesmaids than you girls ever do.

In order to write these reviews of gay male escorts I have to read what other people have said about the dudes so I can make my reviews realistic.

Sometimes, I find myself giggling at what the dudes say. For example:

"I drink coffee while I fuck and get sucked and yes I know it’s quirky but caffeine and cock go perfect together."

"I don't want to do threesomes, but it's important to me that the guy is bi and not gay. I like to know he's had pussy."

"When he offered to bring his own weight set, I knew this was the escort for me."

"For the last bit while he was pogo dicking" 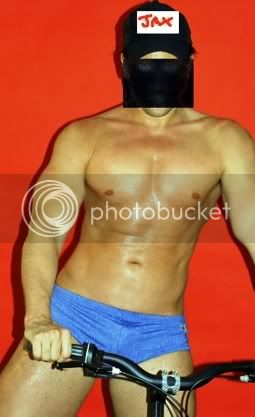 Ahmadinejad has a blog.

I think this is for reals because I read about it in the New York times. Plus the URL seems to actually stem from Iran.